Stuart Shepherd, a Wellington artist, curator and academic, is driving New Zealand’s presence at the New York Outsider Art Fair. He has been attending the fair since its inception in 1991 and has established valuable international networks. 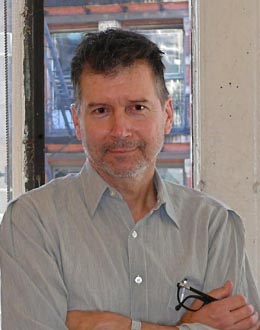 “New York is a centre of art consumption, display, gossip, fashion and writing,” Stuart Shepherd says. “There’s a huge industry around arts and culture, and a large, hungry audience looking for the latest artwork or art idea.

“The ‘outsider art’ field is well-established and thoroughly mined in North America and Europe. Interest is turning to unknown work from further afield and New York is the perfect place to showcase some great New Zealand art.”

Shepherd says he will be building on his previous successes at the Outsider Art Fair. In 2009, he hosted a New Zealand booth and represented the work of a dozen artists.  Most of these artists sold work or had their work picked up by international galleries or museums. For instance, all of Robert Rapson’s work at the fair was sold and he received 15 commissions. Andrew Blythe was collected for the Museum of Concrete Poetry in Florida while Martin Thompson was bought by a major British collector based in London.

More than 12,000 people attend the annual four-day fair. Held during Outsider Art Week at the American Folk Art Museum, it includes a gala opening, trade show, lectures and tours. Approximately, 100 galleries and community art centres present work at the fair – all intent on selling to the European, North American and Asian dealers and collectors.

The term “outsider artists” describes marginalised artists who don’t fit into the mainstream art scene. Shepherd prefers to use the term “self-taught and visionary artists”, referring to those who have had no formal or traditional art training and do not follow a particular style.