The arts in Canterbury Prisons: everyone benefits

A conversation with one of the delegates at the CSAC Women Offenders Conference, hosted by the Department of Corrections in December last year, got Monique Reekers thinking about presenting a prison performing arts event, similar to Te Timatanga Hou: The New Beginning, a work by Jim Moriarty and Te Rakau Hua o Te Wao Tapu Trust, performed with prisoners in 2004. 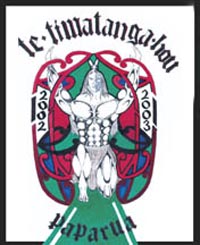 The Programme Manager for Canterbury Prisons, Monique Reekers says that this year she would like to involve prisoners in creating a performing arts event. Facilitated by a director, it would use music, dance and drama to engage prisoners in work that touched their own lives and provided positive direction for its participants.

“Jim Moriarty’s work was a highly successful initiative,” she says. “It affected people’s lives positively. It would be good to facilitate that kind of event again, using live music and theatre production with the support of established local artists. Actually, it might involve any one of a number of the disciplines used in performing arts: theatre, music, dance and writing – poetry, script or songwriting.”

Taking on the challenge

“Communities tend to feel more comfortable when they’re told about programmes that result in positive change and when they’re invited to see the results for themselves.”

For the prisoners, Monique says: “Art challenges their beliefs. There is a real chance of understanding themselves, of strengthening the positive. It becomes a personal journey. They get the recognition of whanau. They demonstrate their willingness to make change, to be extended, to progress their thinking, to move out of stuck places. The women and men in Canterbury Prisons have learned so much about this, and about forgiveness and healing.”

She says there’s been a number of positive initiatives happening in prisons: for instance, the Hamilton music teacher who helped Spring Hill Correctional Facility prisoners make a CD, with proceeds going to Canteen. “I’m keen to initiate something similar that supports the local community as well as the rehabilitation journey,” Monique says.

In the meantime, Monique’s focus in early 2010 is at the ground level, working on achievable projects.

“I have contracted a tutor and practising artist to do five block sessions covering portraiture for beginners, still life, landscape, mixed media and advanced art. She has energy and the skill to work with us to develop these projects. I’d also like to explore the possibility of an exhibition wall at Matapuna Special Treatment Unit, which changes a number of times each year and features the work of prisoners who go to the unit.

In addition, four kaiwhakairo (carvers) are working on a project for the Te Ahuhu Programmes area at the Christchurch Men’s Prison, the place where wÄnanga are regularly held, particularly Mahi Tahi and Te Tohu o Tu.  Twelve carved pieces, including four poutokomanawa, will be positioned in one area.

The kaupapa of the work reflects the process of the wananga. The works are due for completion at the beginning of March 2010. The wood has been donated by Musgrove's in association with the Department of Corrections.