Arts Access Aotearoa is changing the way it describes its work in “prison arts”. From now on, we’ll be using the term “Arts in Corrections”, following consultation with the Department of Corrections and considering the example of counterpart organisations in Australia and the United States.

We are now working to help artistically talented offenders who have also undertaken arts activities and programmes in prison connect with art organisations, art mentors and opportunities as part of their re-integration back into society.

An overview of performing arts 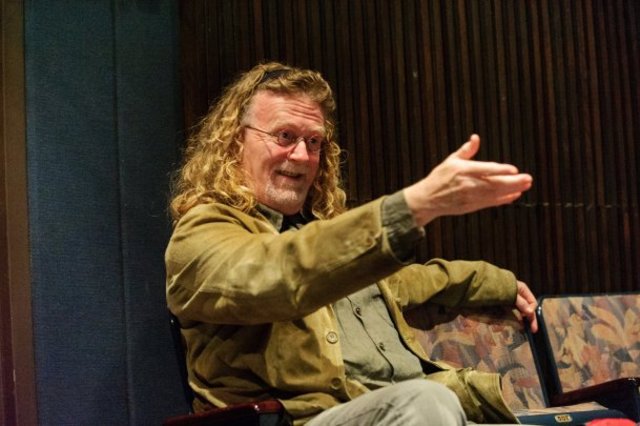 In May, we will benefit from the visit of American theatre practitioner Curt L. Tofteland, courtesy of the University of Auckland’s Creative Thinking Project. Curt is the founder of the renowned Shakespeare Behind Bars programme, which operates in Kentucky and Michigan. The story Shakespeare Behind Bars founder to share expertise in New Zealand outlines Curt’s visit as the university’s Creative Fellow 2015.

I expect his public presentations and symposiums will open doors to our collective thinking and the possibilities that theatre can help offenders learn empathy and walk in others’ shoes – thereby understand the consequences of their actions.

I spent almost 20 years living in Australia where I had the benefit of extraordinary training through my Batchelor of Education at Rusden State College in Melbourne.

I was provided with the skills to apply theatre processes for educational and therapeutic benefit in marginalised communities.

I went on to work in forensic units in psychiatric hospitals – an experience that provided me with firsthand knowledge and proved to me that connection with the arts can result in positive change and transformative healing.

Catching up with two Australian friends recently, our conversation turned to how they felt about the so-called Bali Nine members Myuran Sukumaran and Andrew Chan awaiting execution in Indonesia.

We talked of our frustration with this situation, and of Australia and New Zealand’s sense of giving people capable of change a ”fair go”; a second chance to make good from bad. 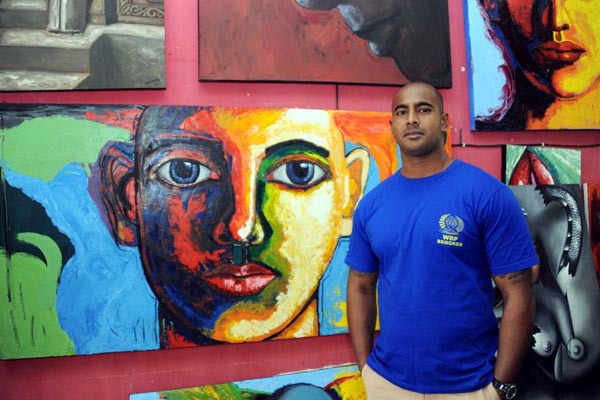 I have followed closely the predicament of Myuran Sukumaran and Andrew Chan, and I share the fears of my Australian friends. What impresses me is learning via this 2010 interview by Dateline reporter Mark Davis how Myuran became Kerokoban Prison’s artist in residence and art tutor.

He transformed dull rooms and outdoor spaces into flourishing art studios and peaceful gardens. He gathered fellow prisoners around him and conducted art classes. Together, they made pottery, drawings, art: they painted life. Talents were uncovered and processes of constructive creativity built the environment for positive change.

In the same prison, Andrew Chan has become a student, undertaking courses that his earlier life circumstance and choices did not include. They have been at this for ten years. Unless Indonesian President Joko Widodo grants them a pardon (and he is under enormous pressure domestically not to do so), Myuran and Andrew could be executed in the next few months.

Here in New Zealand, we do not have the death penalty. Instead, offenders can commit to rehabilitation programmes that provide them an opportunity to find new focus, positive goals and pathways to constructive change.

One such pathway can be art – and includes activities such as painting, kapa haka, carving and theatre. Experienced as part of the rehabilitative process, these learning opportunities allow an offender to work at the potential for positive change in themselves.

International examples demonstrate that prisoners who are involved in theatre programmes, for example, are much less likely to re-offend.

I commend people in New Zealand and Australia – offenders and art tutors, Department of Corrections staff and members of the public – who are committed to following rehabilitation principles that can rebuild human potential and lead to positive reintegration once a sentence has been served.

Arts Access Aotearoa believes all people in New Zealand have a right to be creative, particularly if they have a barrier to overcome. Being in prison is a barrier and we believe that offenders should have access to the arts and creativity.

Myuran Sukumaran has described his arrest as a blessing. “You know, when I think back at my life, I never really contributed to anything. Now I'm doing all sorts of stuff around here. It feels good, really good."

+ Text Size -
Do NOT follow this link or you will be banned from the site! Original generation time 1.7773 seconds.