Your organisation’s annual general meeting is an opportunity to recognise and reflect on your achievements and challenges over one year. Thank you to everyone who attended Arts Access Aotearoa’s AGM on Friday 12 May. It was great to see you all and share what we’ve been up to. 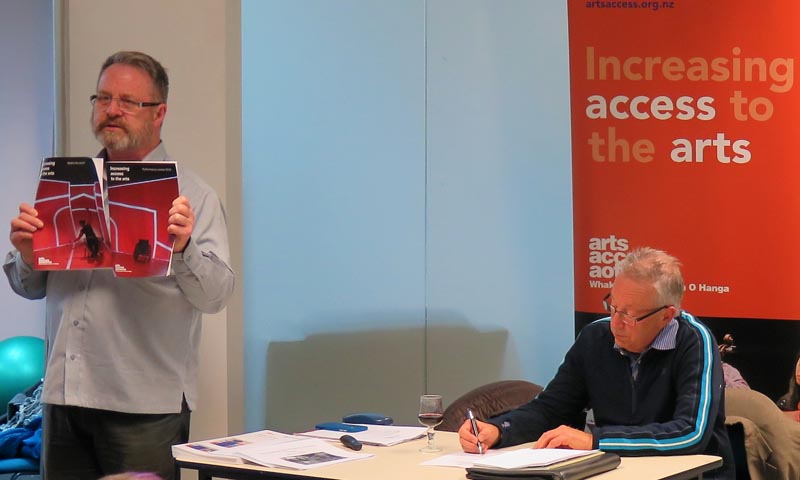 My warm thanks to Anita Grafton, former Clinical Manager, CareNZ, in the Drug Treatment Unit of Arohata Prison. Anita talked eloquently about the role that theatre and creativity can play in prison, and the positive impact the Looking Glass Prison Theatre Project had on the 16 women who participated in the one-week workshop at Arohata Prison.

This year, we have encapsulated the 2016 year in two documents: the Performance review 2016 (financial statements and Auditor Report) and What’s the story? (some highlights of the year in text and images). You can download both documents from our website.

What’s the story? begins with a report from the Chair (Howard Fancy) and the Executive Director (me), which highlights three of the projects undertaken in 2016: a conference we organised for creative space workers and artists, the Arts Access Awards 2016 and a theatre project in Arohata Prison.

“Creative spaces around the country play an important role in building more inclusive, healthier and happier communities. They provide a space, a sense of belonging, and resources for people to create and participate in arts programmes and activities. The first of these spaces, founded in 1985 in downtown Wellington, was Vincents Art Workshop. 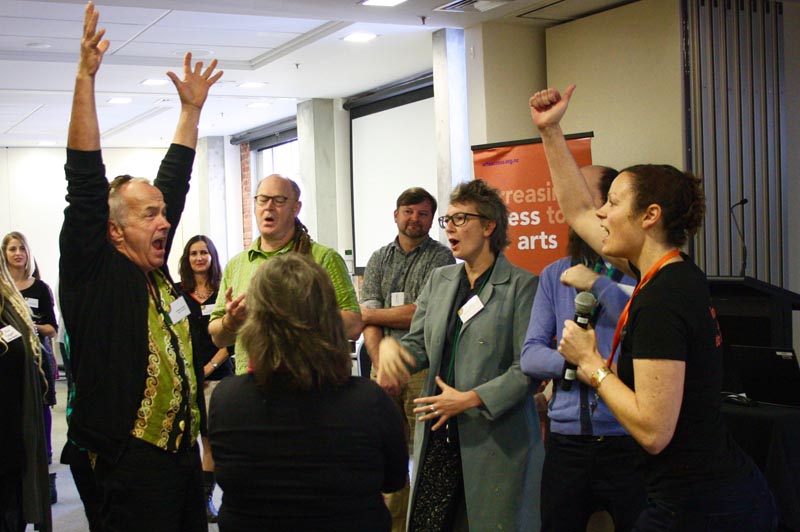 “Thanks to additional funding from Creative New Zealand, we organised a national two-day conference called Creative Spaces 2020: building a strong future for the sector. Among the many positive comments, one delegate described it as “a valuable networking, skill-sharing and unifying event for creative spaces”.

“Recognising the outstanding contribution of a leader in the sector, we were very pleased to present the Arts Access Accolade 2016 to Glen Macdonald, co-ordinator of Vincents Art Workshop. Glen’s contribution to Vincents over 23 years and to the Wellington community is huge. She has been an important sounding board to Arts Access Aotearoa and a mentor to other creative spaces around the country. Thank you, Glen, for your life-long commitment to creativity, community and inclusion. You can read more about Glen in What’s the story?

“Also profiled is the recipient of the Arts Access Artistic Achievement Award 2016. Gisborne artist David Cameron was recognised for his outstanding achievements and contribution to traditional and contemporary Māori arts.”

“Arts Access Aotearoa firmly believes that arts programmes in prisons can contribute to prisoner rehabilitation and help them lead more productive lives when they are released. They have the capacity to create artistic pathways; play a therapeutic role; and provide a sense of achievement, self-worth and confidence. 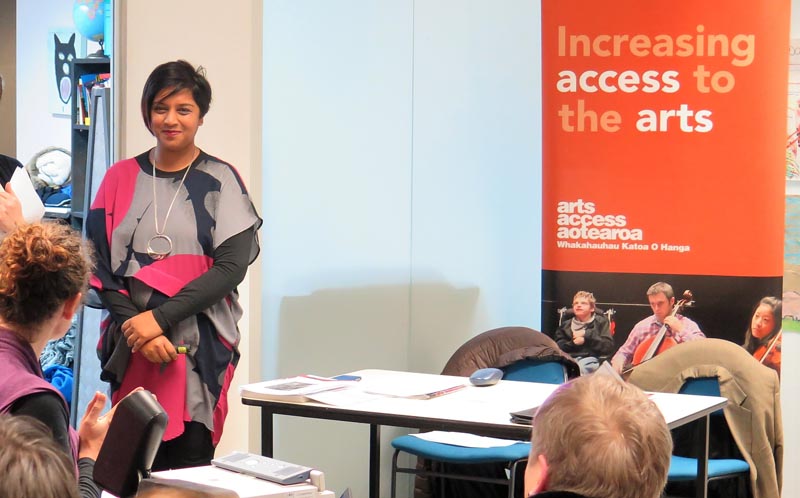 “An example of this in 2016 was the ongoing theatre and creativity project in Arohata Prison, starting with a one-week workshop led by German theatre practitioner Uta Plate in February. Thanks to a partnership with Goethe-Institut New Zealand, Arts Access Aotearoa facilitated and co-ordinated this workshop, along with Creativity in Corrections forums in Auckland, Wellington and Christchurch.

“The workshop culminated in a devised, 45-minute performance by 16 women in Arohata Prison’s Drug Treatment Unit. It was inspiring to see the confidence and pride shining on the women’s faces as they sang, moved, acted and then responded to the audience’s questions after the performance.

“We would like to acknowledge the generosity of the 11 volunteer artists who worked alongside Uta during the workshop. Following the February workshop, several of the artists continued to work with the women throughout the year.”

The report concludes with coverage of Arts Access Aotearoa’s fundraising efforts and recognition of all those who support us funding, grants and donations. 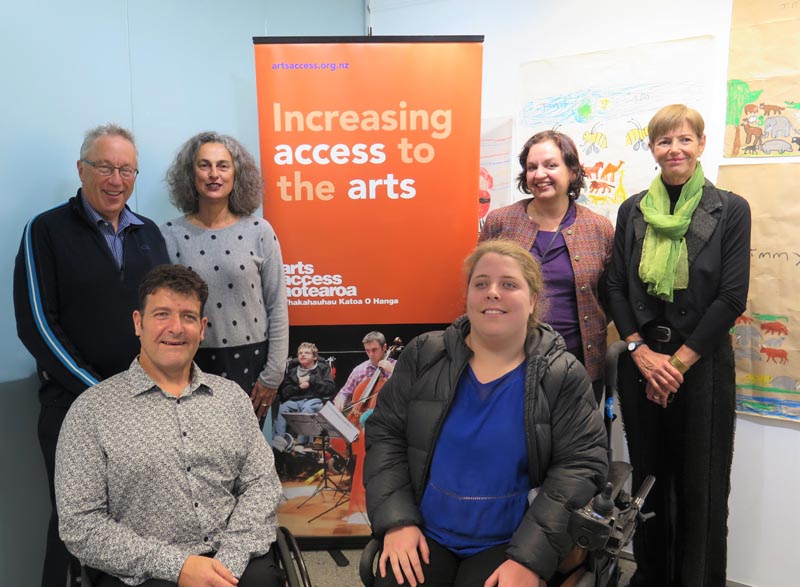 “Fundraising has become an increasingly important and challenging role for arts organisations in New Zealand. Along with core funding from Creative New Zealand and a contract with the Department of Corrections, we would also like to thank all those who support us with grants and donations. All this support is vital to enhancing Arts Access Aotearoa’s sustainability and the work we do across the country.

“Despite the November earthquake, we held a very successful fourth Awesome Arts Access Auction in CQ Hotels Wellington on 1 December. The result of our fundraising efforts and careful management of funds means we can report a surplus for 2016.”

On a personal note, I would like to thank the great team at Arts Access Aotearoa: staff, volunteers, trustees, Kaumātua Bill Kaua, and Patrons Mel Smith, Miranda Harcourt and Dame Rosie Horton. In 2016, we farewelled trustees Kendall Akhurst and Jeremy Smith, and welcomed Kim Morton to the board.