Studying drama at The University of Manchester in the UK felt a bit meaningless to me until I did a practical training course about working in prisons and spent time with people for whom Theatre in Prisons and Probation Services (TiPP) had played a significant role in their recovery journeys. 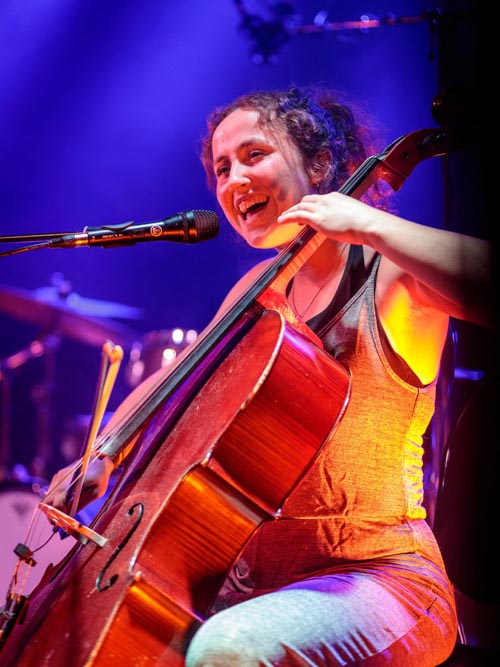 Most of us doing the course as part of our degree were 21-year-olds. For us, it was a hard-hitting, emotionally challenging journey. It questioned our attitudes, and propelled us to use our privilege to make positive change.

I’m an artist with an eclectic music-drama background. Before leaving the UK in 2019, I graduated from The University of Manchester with a degree in drama and music, and worked with youth drama groups; as a music artist in theatre projects and shows and as a performing musician; and took singing workshops into prisons.

Touring across Germany as a cellist in a rock band in 2019 inspired a tour of New Zealand with my own folk duo, Good Habits, in January 2020. After our tour was interrupted by COVID-19, we’ve been happily stranded here working full-time as nomadic performers.

Early on, the TiPP course distinguished the difference between “drama therapy” and “participatory drama”: drama therapy works more directly with trauma and psychology while we, the students, focussed on participatory (or community) drama.

We learned how to facilitate workshops in prison and in spaces with vulnerable people; and how to create positive shared experiences with the inherent joy found in creativity and the longstanding benefits of this.

We delved into the UK justice system, its intricacies and problems, and we had our eyes opened to the role prison systems play in our societies. Fuelled with a passion as to why incarcerated people should not be forgotten, we received coaching from practitioners about suitable approaches, and learned a range of exercises, tips, dos and don'ts. 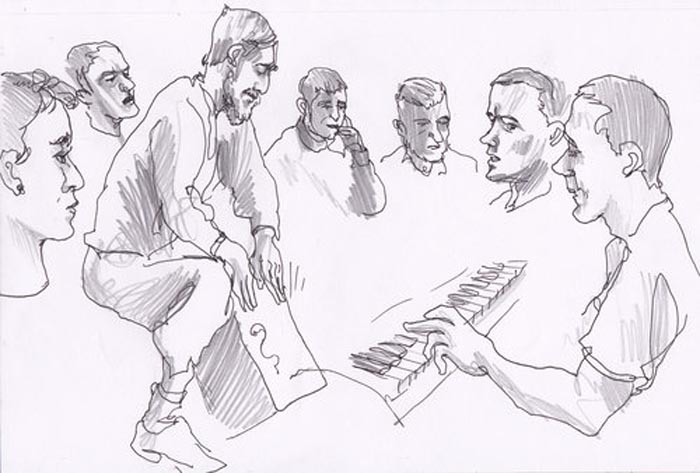 One of the projects we worked on was called Changing Stories, built around the idea that we all have stories we like to share; stories that define who we are. We also created week-long residencies that we took into prison and completed research assessments.

This training was invaluable – the learning process of equal value to the practical know-how. We learned about the importance of being the real you, with no façade, when leading your ideas, and how to navigate and defuse potentially problematic conversations, reinforcing positive affirmation.

We also learned how to design and create a series of workshops that cater to the individual but also accommodate and unify group togetherness.

Like all learning environments, it’s important to facilitate clearly so you can empower and uplift, and not be a director who may confuse or alienate people. The most important skill I developed was adaptability, thinking on my feet, being able to change to a brand new path and roll with participants' ideas.

I think so much boils down to self-worth. The concept of “risk resilience”, which I learned during the TiPP course, has stayed with me. This is the idea that your sense of self-worth makes you more resilient to risk factors such as drugs or gang involvement when you’re growing up. Factors that can ultimately lead to incarceration.

This made me see the positive impact the arts have had on me in a new light. Arts in Corrections can show us the value of joy, and creating a safe space for all people to be able to feel considered. Art is at the core of our wellbeing: in being creative we learn about ourselves, what we like, our sense of humour and the way we connect with others.

A drama workshop, facilitated with gentleness and leadership, creates a space for people to be themselves.

In my first prison residency, we developed a short play that we devised as a group based on some exercises. It was so joyful for all of us working in this comfortable space we had established. Some of the participants showed huge increases in confidence. By the end of the week, some were assertive and attentive, surprising even their supervisors.

I believe Arts in Corrections is key to reconsidering the role of prisons. Although we’ve moved on from Victorian ideas of prison as a deterrent, terrifying people into obeying the laws, many of us still hold on to outdated narratives of inherent “badness” that aren’t helped by the seductive Hollywood portrayal of prisons on Netflix.

The arts can play a huge role in our prisons by providing what is so important in people’s recovery journeys: that is, human connection. How can we expect people to participate positively in society on their release from prisons if they aren’t treated like human beings in prison?

The arts consider the self in a holistic way. Building self-worth is a powerful tool for recovery in any journey.

Bonnie Schwarz is volunteering with Arts Access Aotearoa to develop and collate resources on facilitating art workshops in prisons and Community Corrections sites.