30 April 2018
Connections, sustainability, learning, inspiration and energy were among the words participants used to explain what they wanted to get out of the Arts in Corrections Lower North Island Network meeting, held in Wellington in April. 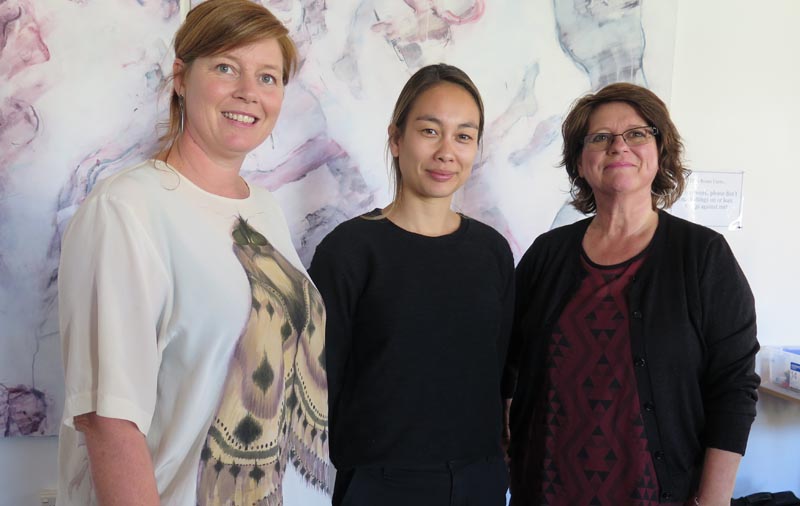 Sylvie told members that she had been involved with women in prison for 30 years and that the arts were a tool that helped them express themselves and talk about painful issues.

“It’s not therapy but it is therapeutic,” she said. “The arts permit us to explore our lives in a safe way.

“I’ve met women in prison who have been victimised and raped. They don’t like their bodies but when they dance, their bodies move. Through dance, they can reconnect with themselves, build their self-esteem, and work with people from the community who come in and teach.”

Economic benefits of the arts

During her presentation, Sylvie mentioned two Canadian organisations supporting prisoners and a UK report on the economic benefits of the use of the arts in the criminal justice system.

Following Sylvie’s presentation, three members of the Write Where You Are collective spoke about the Prison Voices event, an interactive creative writing workshop held in Rimutaka Prison and Arohata Prison. 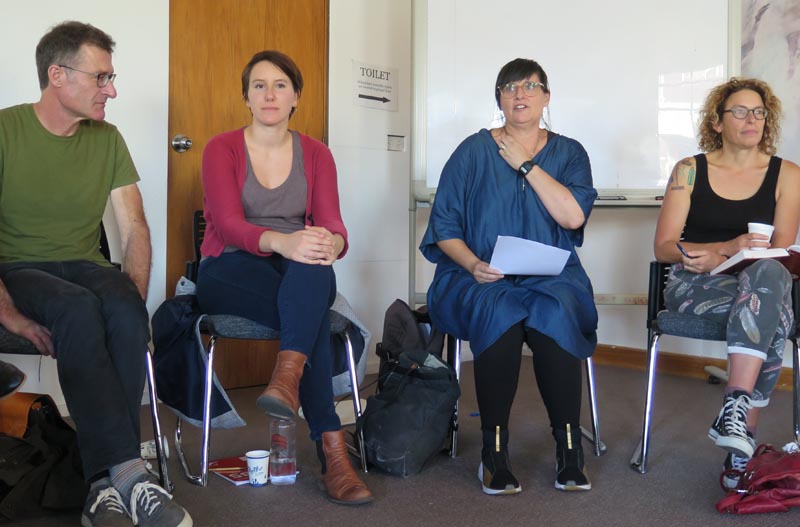 Write Where You Are tutor Lena was one of three tutors who facilitated the men’s creative writing session and also taught in the ten-week workshops leading up to the event. Lena is from Switzerland and is completing a PhD at the International Institute of Modern Letters at the University of Victoria.

She said: “I say to my friends this day changed my life. The public were there with immense kindness and generosity. The men and the visitors were sitting together, writing and talking. The readings were transformative. The men were vulnerable when they read their work but they realised people were there to listen to them.”

Other participants spoke about what they had been doing.

"Energy in the room"

Writer Queenie Rikihana-Hyland attended the meeting for the first time. The author of Manawa Hine: Women Who Swam Against the Tide (Penguin), she gave a copy of her book to Sylvie Frigon at the end of the meeting.

“I loved the meeting. It had a high level of engagement and you could feel an energy in the room,” she says. “People really understood the value of Arts in Corrections, and they were proud and passionate about what they were doing. 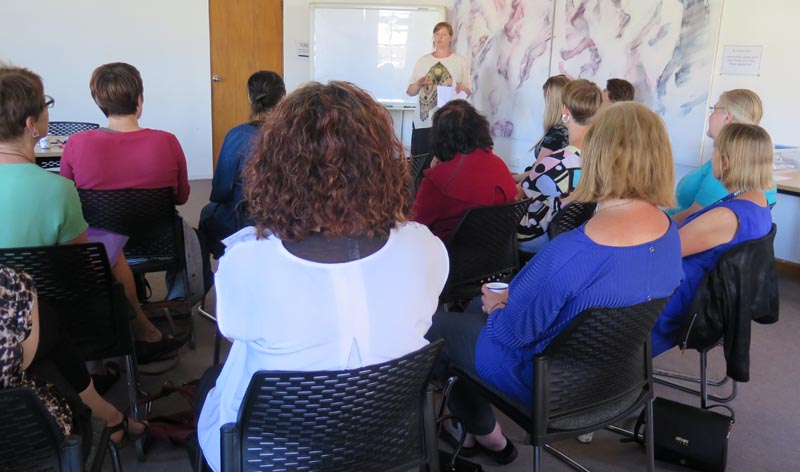 “Manawa Hine means stout-hearted women. I want to show our young women that they all have the strength they need to step up and do something extraordinary. I’d like women in prison to read these stories and know we have an inner strength that comes from our ancestors.”

At the meeting, Queenie said she would like to see more Māori invited to bring their creative skills into prisons.

For Julie Clifton, Volunteer Co-ordinator at Arohata Prison, the value of the meetings can be summed up in three points: collaboration, partnerships and face-to-face interaction.

The power of dance

A particular highlight was when Sylvie Frigon talked about the power of dance to reconnect women in prison with their bodies.

“It got me thinking about those women whose bodies have been assaulted or sexually abused, and how dance can go beyond the physical. How using our bodies can affect change by raising self-esteem, and improving spirituality and mental wellbeing.”

At the end of the two-hour gathering, the 30 participants were asked to provide one word capturing what they had most valued about the meeting. Among the words used were passion, dedication, sharing, aroha, possibility, resilience, generosity, manawa hine, commitment and continuity.

There are three regional Arts in Corrections Networks across New Zealand. For more information and to join a network, please visit Arts Access Aotea’s website.