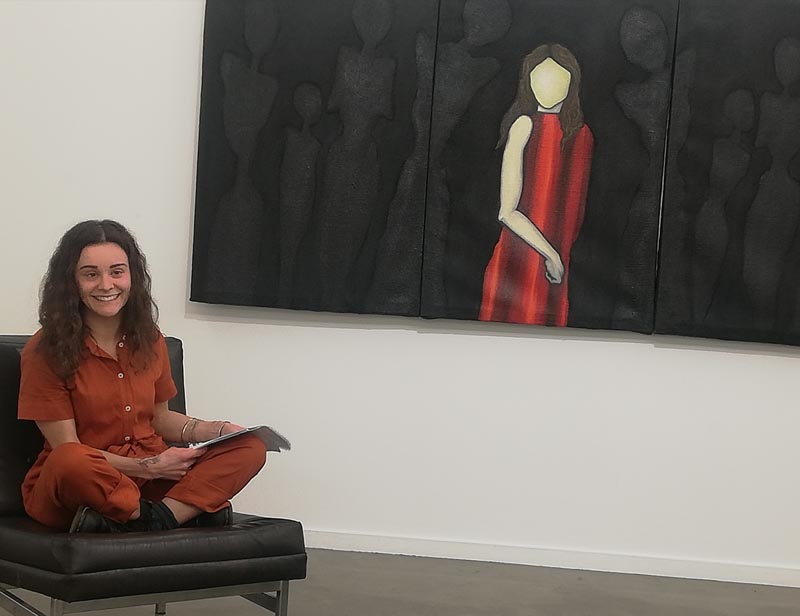 Wellington artist and poet Maisie Chilton knows all about how important her artistic practice is for her mental health. 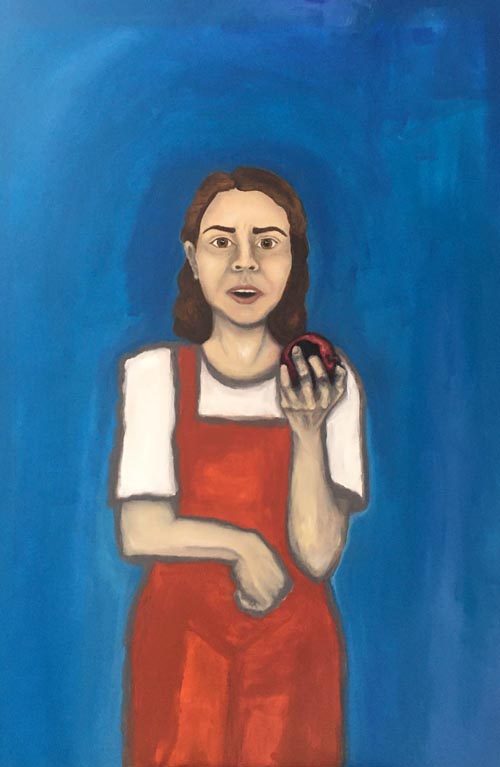 She has post traumatic stress disorder (PTSD) from a traumatic experience when she was 15, and has struggled to communicate what she was going through.

“I didn’t really understand what was happening, and so ‘where does it hurt?’ was something that I wrote on a drawing that I made because that was how I was feeling.”

Where does it hurt? is the name of her recent exhibition, on at Toi Pōneke Art Centre in Wellington until 21 July.

Coming to terms with what had happened was a complex process.

“I started to come out of denial about the experience I’d had but the process of was quite complex. For a while I felt really not okay but I didn’t know why because I sort of go in and out of denial.”

The process included counselling from Rape Crisis, where she learned about how trauma manifests in the body and brain, and about art as therapy.

Maisie started painting in 2014 when she was 22 to process the grief she felt after her art-teacher mother died, including painting her mother’s casket. 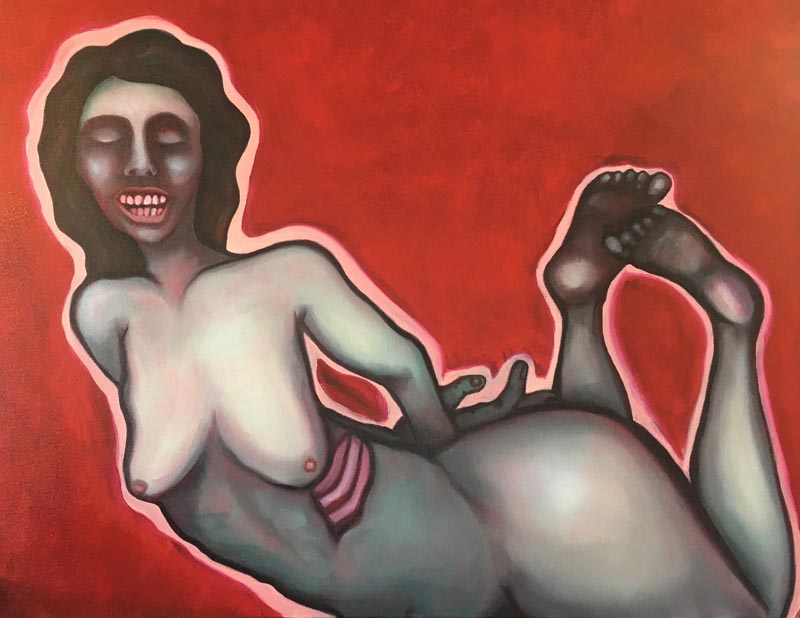 As a teenager, she thought that if she didn’t talk about her cerebral palsy, her peers wouldn’t notice it. Now, she acknowledges the impact it has on her art practice.

“When I paint, I usually use one hand to steady the other hand, and I tend to push really hard, which I think comes into my work.”

Maisie plans to prepare for an exhibition centred around her lifelong struggle coming to terms with being in her disabled body. “Disability stuff comes into Where does it hurt?, but I want to look more at my overall experience of being in my body, and my lifelong struggle with that, in terms of the way I’ve separated myself from it.”

For Maisie, painting is both escapism and therapeutic. “I think, ‘How do I create something visual that expresses how I feel?’ That’s also a big driver in how prolific I am. I get told quite often that I’m quite a prolific painter but it’s because I use it in a therapeutic sense. It pushes me to make things to help me feel calmer and in control.” 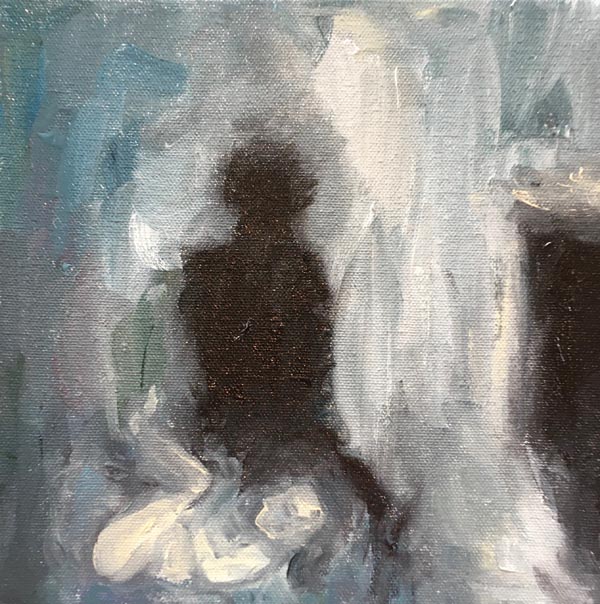 Maisie works as a kindergarten teacher at Tai Tamariki Kindergarten, based at Te Papa Tongarewa. She paints in oils, which is a hard skill to transfer to that working environment, so her artistic practice does not directly impact her kindergarten work.

However, she loves having conversations with the children encouraging their artistic endeavours. She is inspired by their vulnerability and also by the way they don’t care what people think of their artwork.

“They don’t sit there painting and worrying about what people will think of their painting, which is quite incredible to me.”

Maisie says that being in a caring role has helped her self-care. “I think in some sort of less conscious way, being in a role where I’m caring for others, especially young people, that’s probably been really good for me and my process of working through traumas. I guess there’s a link but in a very indirect way.”

Maisie is a self-taught artist, and encourages people to make art if it is something they are interested in, even if they don’t think they are very good. 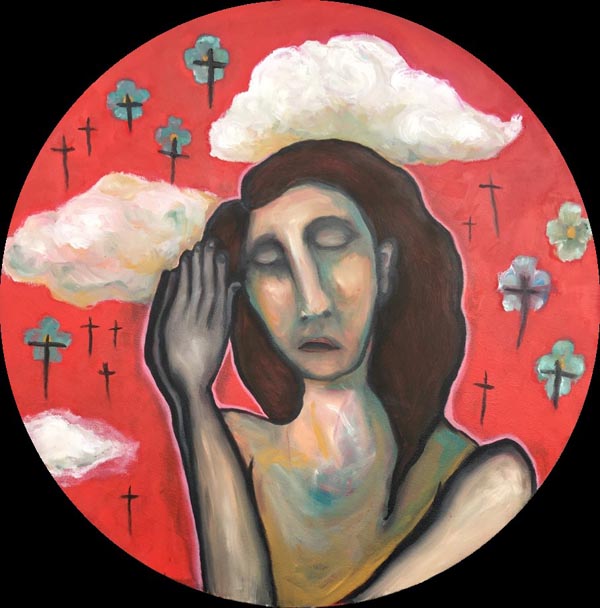 “Just do it and try because the act of making the art is worth doing, regardless of whether or not other people like what you make or whether you think it’s good enough because it’s always going to improve with time and practice.

“I just hope that if people think, ‘Oh, I’d love to paint or write poetry but I’m not good enough’, I can encourage someone to try because it’s worth it in itself, the act of doing it is worth it.”

One of Maisie’s goals is to learn how to navigate the art world.