4 March 2015
By Andrea Moxham
Performance techniques in poetry, puppetry, drama, improvisation and verbatim theatre are among the skills that performers in Christchurch’s Many Hats Theatre Company develop. 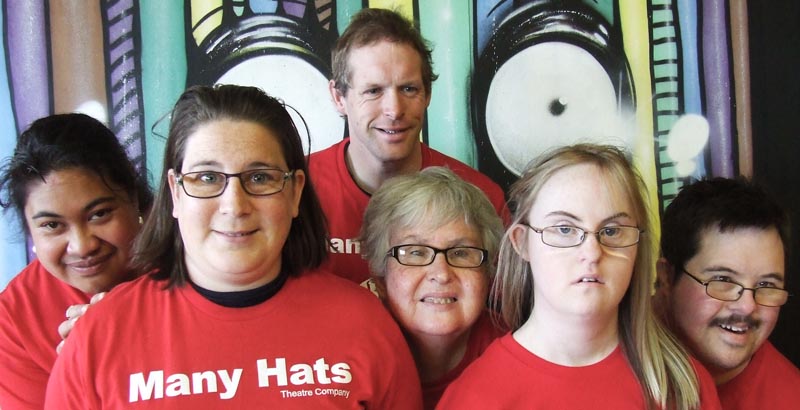 Since 2013, Many Hats Theatre Company has included disabled performers. The seven actors rehearse every Friday morning at SkillWise with tutor Paul McCaffrey and other professional actors, musicians and theatre technicians.

Peter Rees and Ashleigh Smith are two of the actors in the company. Ashleigh describes the audience reaction to one of the company’s performances.

“They loved it, and they were clapping and cheering,” he says. “My family liked it and came to see me at The Court Theatre every day. They’re so proud of me.”

Their first show A Sound and an Action was performed at The Court Theatre in 2014.

The company's 2015 show, The School Project, was performed at St Andrew’s College. One of its aims was to introduce disability theatre to drama students. More than 200 people saw the performance, including about 100 drama students.

“The people said what a great show it was and how they could see it really well,” Peter says.

Many Hats had its beginnings when John Grant, SkillWise's General Manager, talked to Tony and Paul McCaffrey about A Different Light Theatre Company and the way it works.

“It was about looking at something different because doing traditional plays with our drama groups wasn't increasing actors’ confidence or building skills,” Victoria says.

“Paul selected a small group by holding workshops and auditions. His aims are to allow the actors to tell their stories, share their experiences and express themselves. He also works intensely with the actors to develop their writing skills.”

The company’s tutors use different artistic approaches and techniques that work best with each performer and enable them to express themselves. Then these “expressions” are worked into scenes. 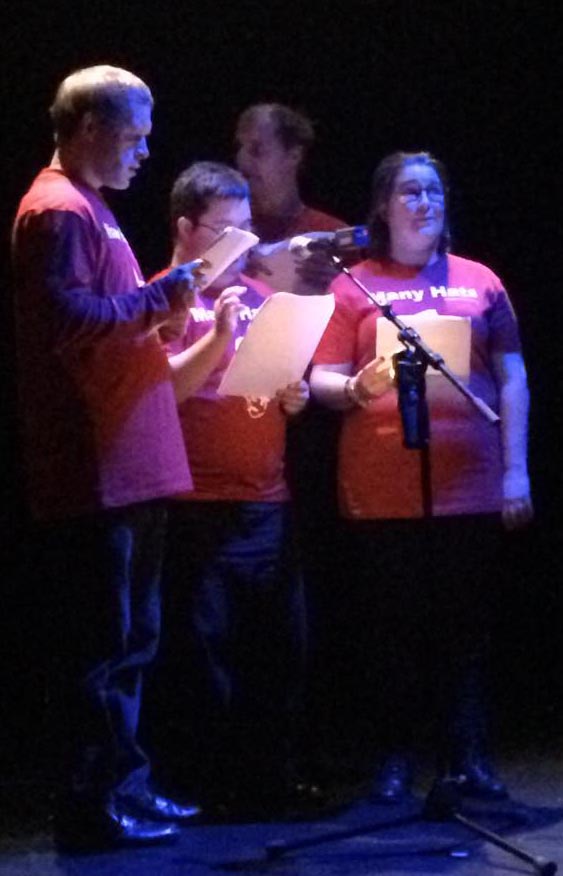 The performers write the material for the shows. This can be produced through direct writing of dialogue, stories and poetry, or through devised workshops or improvisation.

“I have helped to write the script for The Mansion, which is about some friends who are trapped in a mansion after their car breaks down,” Peter says.

The Mansion is a scene from a live radio play about a haunted house where four actors read the script into a microphone at one end of the stage and another three do the sound effects: for example, a squeaky door or crackling fire. Ashleigh also mentions popping balloons.

“Sometimes I or other group members will come up with funny jokes and write some stories to give to Paul so he can help make a scene out of it,” Ashleigh says.

Peter adds: “We also did a scene called Many Hats and one of our members, Michael, tried on the hats and made up some characters with the hat and I had to throw the hats back in the bag.”

Victoria says the quality of the material produced is outstanding and the actors professional. “In one show, there was a young man with autism in the audience and at the end of every scene he would say in a loud voice ‘Is it done now?’ It got a lot of laughs from the audience but the actors were very professional and didn’t get flustered.

“In another show, one of the actors had a line that he was 'God’s gift to women'. One audience member found this very funny but again, the actors handled this well, waiting before delivering their next lines, so nothing would get lost in the laughter.” 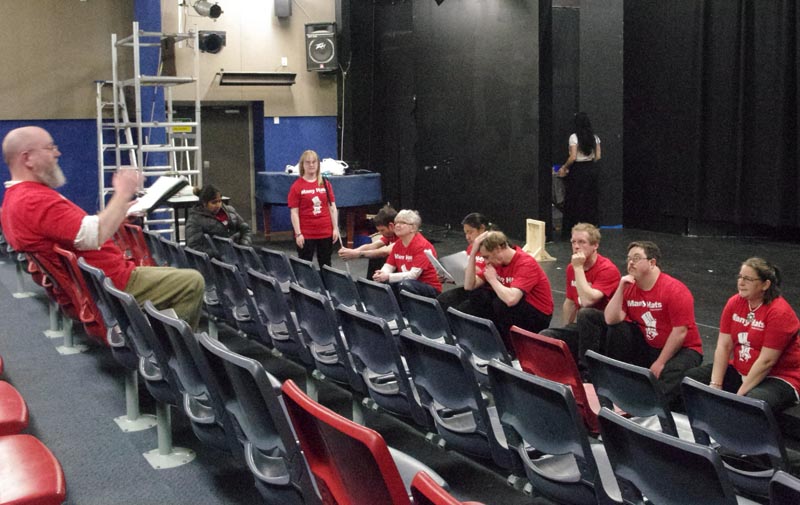 Coming up this year, Many Hats will work with St Andrew’s College drama students on some combined workshops that may lead to doing work with other schools. The main project this year is to create a feature-length documentary that will highlight the works and lives of the Many Hats performers.

“It’s based on what we're doing in the group and what we hope for the future,” Peter says.

Many Hats has been funded through grants but in the future, Paul would like to set up the company as a social enterprise, perhaps touring to generate income.

Victoria says the company would love to have a professional theatre space to work in. “The difference in the actors when they work in a space with a stage and proper lighting is amazing. They are developing relationships with other organisations to try and make this happen.”