Artists from Vincents Art Workshop in Wellington, supported by poet and Vincents relieving tutor Sam Duckor-Jones, have pivoted from their usual visual arts and put together a booklet of 14 poems as part of a project by publishing house Landing Press. 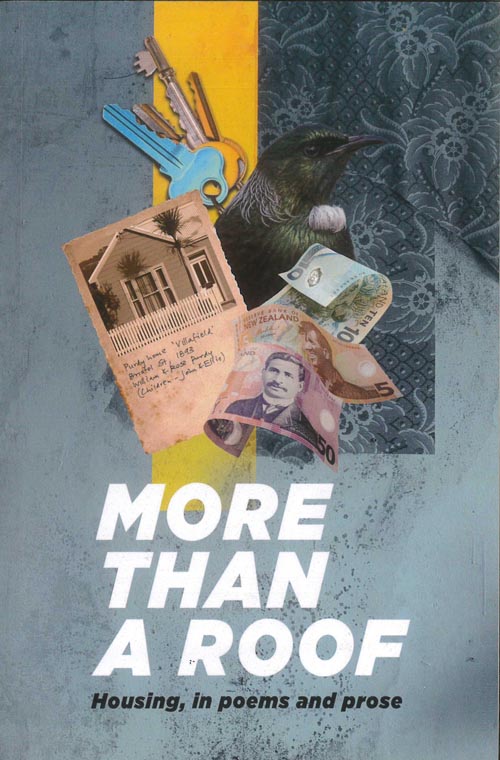 More than a roof is a collection of poems, including four by Vincents Art Workshop artists Rhonda Swenson, Neville McPherson, Shona Watson and Las Krassel.

However, Landing Press didn’t want to leave out any of the Vincents’ poems and so it also printed a smaller booklet called Housing.

Vincents Coordinator Glen McDonald says, “We submitted 14 poems for this book. Four of those poems were selected for More than a roof but Landing Press was so impressed we had submitted so many poems that they put them all together in this little booklet called Housing.”

Each of the poets received a copy of Housing, along with Sam and Vincents Art Workshop.

Explaining how the collaboration with Landing Press came about, Glen says, “Adrienne Jansen from Landing Press came and talked to me and we had a big conversation about the book they were working on. She showed me a book of poems that they’d published before, and I thought, ‘Oh yeah, there’s loads of people at Vincents who have words floating around, and also loads of people who have issues with housing.

“I talked to Sam and asked him if he would like to co-ordinate this project of inviting our artists to be involved with poems about housing and he was really enthusiastic.”

The cover of Housing was designed by Vincents artist Rhonda Swenson. “I did a monoprint, which I put lace on, and then I put watercolour over the top of it.” 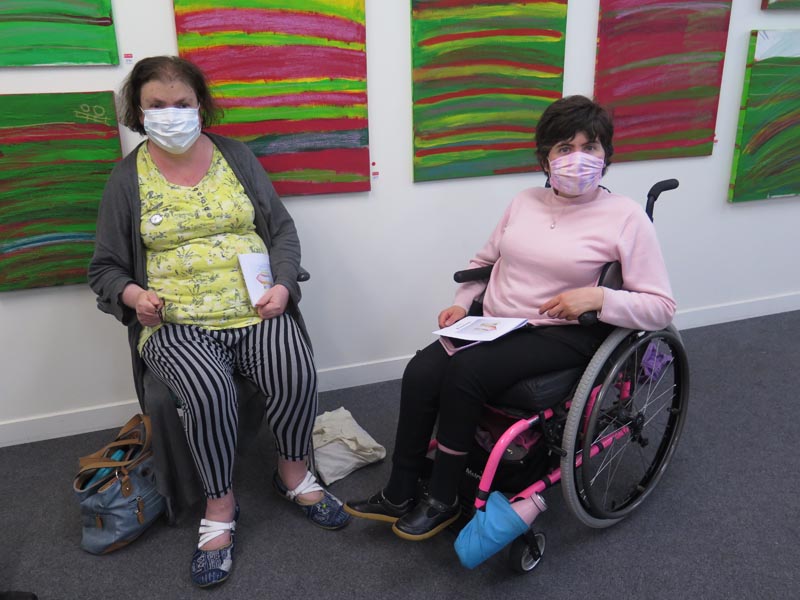 When Sam told her Vincents had been invited to be part of the Landing Press project, Rhonda decided to submit her poem as part of the Vincents community rather than as an individual.

This meant she had help putting it together, getting it typed out and getting it in the right format.

“It made me think about where I was living,” Rhonda says. “It took me a while to get all the words running.

“Initially, I wrote two poems and then Sam suggested putting them together as two verses. It was really helpful to have another set of eyes on my writing and discuss with someone who knows about the process and what goes together. "

Vincents Art Workshop would like to do some similar projects in the future, Glen says.

“The Housing collection got me thinking, ‘Maybe poetry and other forms of creative writing could be another thing we offer here’. Vincents is a place where people can come and be visually creative and self-expressive but there are all sorts of other forms of communication such as writing and music.

“We’ve done puppet shows and things like that, so we’re always open to new ideas and projects.”

Rhonda has been writing poetry since 1984 and says it’s a way of expressing herself. “People have said they can see my moods within my art. And it’s a way of working through grief. I remember I started a big quilt, which took four years to do: it was all hand-sewn. And you could definitely tell the darkness from the lightness.”

When asked if she would be keen to take part in similar projects in future, Rhonda says, “I just take opportunities as they come up, provided I get the help and support I need.”

I have ever rented

On the fifth floor

Except for eruptions of

Which I cannot see but hear

Do I call the police or not?

Only me living here

With my classical music

An arm chair to sit in

The rain cascading in waves