2 June 2021
Te Putanga Toi Arts Access Awards 2021 will be presented at Te Papa Tongarewa in Wellington on 5 July. This year, eight awards will be presented to the recipients and those Highly Commended. The event will be live-streamed on Facebook and there will also be a “highlights” video posted on this website after the event.

Te Putanga Toi Arts Access Awards celebrate the contribution of individuals, groups and organisations in providing access to and inclusion in the arts. They also acknowledge the achievements and contribution of a New Zealand-based artist or writer with a physical, sensory or intellectual impairment, or lived experience of mental distress.

Richard Benge, Executive Director, Arts Access Aotearoa, says Te Putanga Toi Arts Access Awards play an important role in profiling excellence and leadership in the arts and disability sectors. They also highlight leaders in the use of the arts as a tool supporting the rehabilitative process of prisoners and their reintegration back into society on release.

The gafa or whakapapa and story of Wellington artist Hedy (Heidi Ankers) is vast. Her father was English/Norwegian and her mother English/Samoan. “Poor Mum. She was a singer attending University in Auckland and Dad whisked her away into obscurity to the Bay of Plenty to have a horde of children. I am the sixth of 16, nine of whom survived infancy.” Read more about Hedy Ankers, who also created trophies for last year's award recipients. 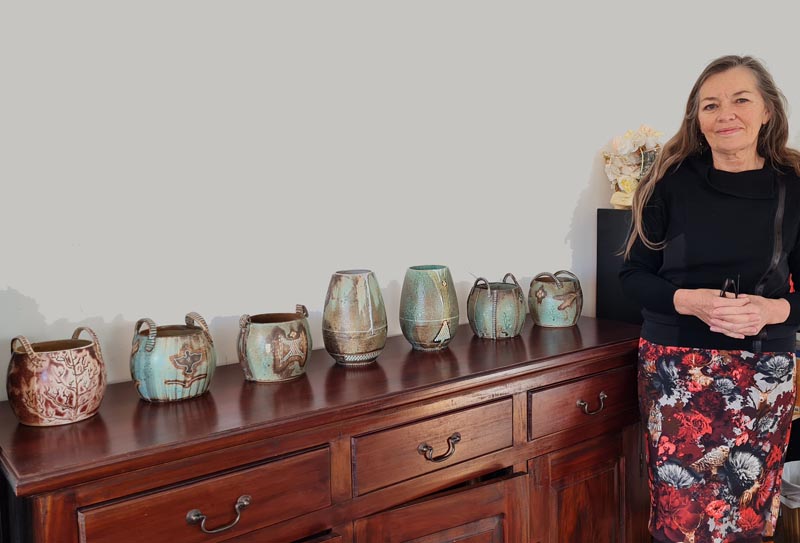