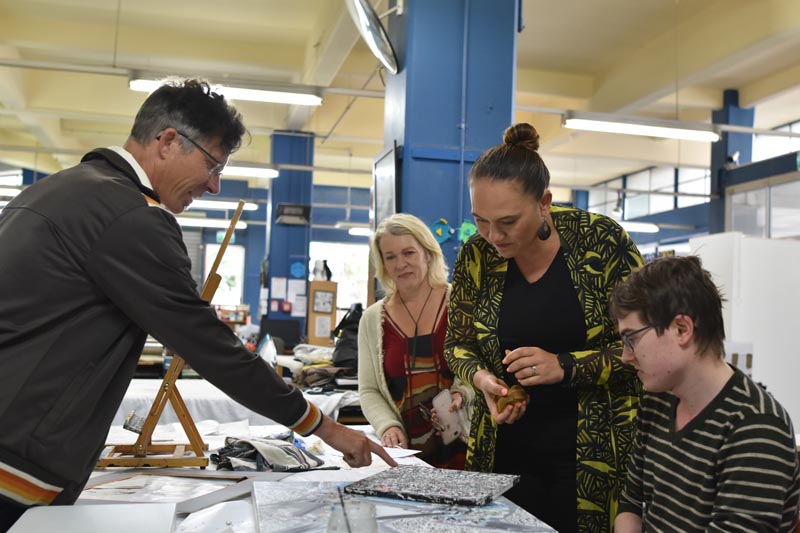 17 March 2020
A key aim of the inaugural Creative Spaces Week 2020, running from 17 February through to 23 February, was to raise the visibility of the sector as a network of creative spaces across the country. The hashtag #CreativeSpacesWeek was well-used on social media to highlight the week.

A number of creative spaces got involved and promoted their stories, artists and events. Based on the feedback I received, they appreciated the opportunity to be involved in this nation-wide event and felt they part of a “sector” or “creative spaces community”.

It was great to see some creative spaces using this time to feature many of their artists, as well as their group projects. It meant we were able to meet more members of our creative spaces community, proudly displaying their work.

For some, the involvement in #CreativeSpacesWeek has sparked renewed interest in promotion through social media, and for others there is an awareness of the advantage of developing this capacity to connect with and grow their community.

A highlight of the week was Minister Sepuloni’s visited to Dunedin on the weekend of 15–16 February. She was hosted by the Dunedin Fringe Festival to a morning tea and also visited (with Labour MP Claire Curran) two creative spaces: Artsenta and Studio2. The Minister videoed a conversation with a Studio2 artist and clearly enjoyed the exchange.

The Evening Star in Dunedin also ran a story highlighting the Minister’s visit.

A bunch of flowers

At the end of the week, a bunch of flowers was post on our Facebook page with a lovely message from Toi Ora. “A bouquet to Arts Access Aotearoa for the opportunity to celebrate our Creative Space this week! #Creative SpacesWeek @artsaccessaotearoa” Thanks for that!

Creative Spaces Week 2020 was a small but positive beginning. All of the feedback I received indicates that many creative spaces would welcome this becoming an annual event. As with most promotional projects, I’m sure other creative spaces will jump on board and get involved with each year.

I welcome your feedback about the week and what you would like to see happen in 2021.

+ Text Size -
Do NOT follow this link or you will be banned from the site! Original generation time 1.9209 seconds.