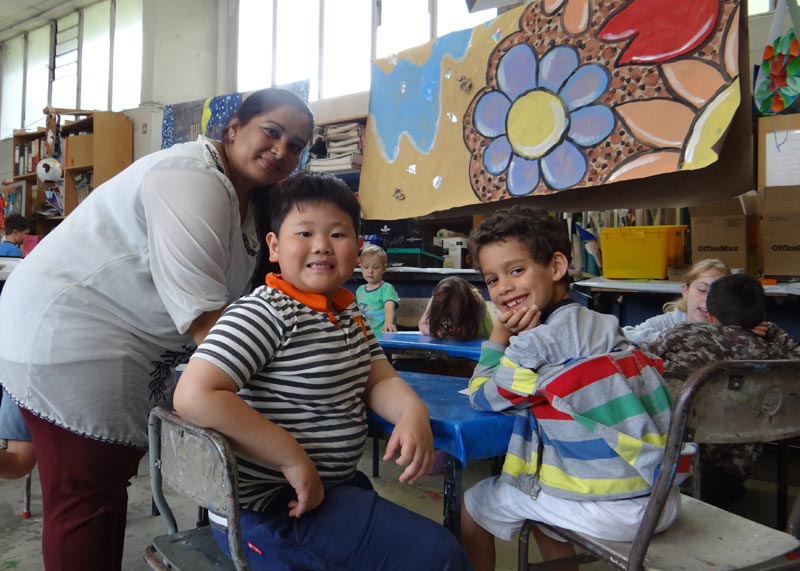 I had written a long piece about the politics around accessible art experiences but I struggled to capture its essence. That same evening, our adult evening group at Artmakers in Hamilton was looking at symbols and alphabets from different cultures, and the many ways that humans have devised graphics and symbols to convey information.

As an exercise, we created our own letters, symbols and alphabets and told each other what they represented: family, security, joy and other emotions. One man in the group held up his paper and said: “This is my name, the one I use here, written in my home language, but it is not my real name.” He showed us another paper and said: “This is my true name. I do not use it now.”

Unexpected and profound opening of souls

This kind of unexpected and profound opening of souls is typical of what happens in moments of open and trusting creative spaces. Small voices tell profound truths that we need to be open to hearing. But it seems that in Western society, the cult of the individual arts star is so deeply embedded in our mentalities that we are blinded to the deep stories around us. 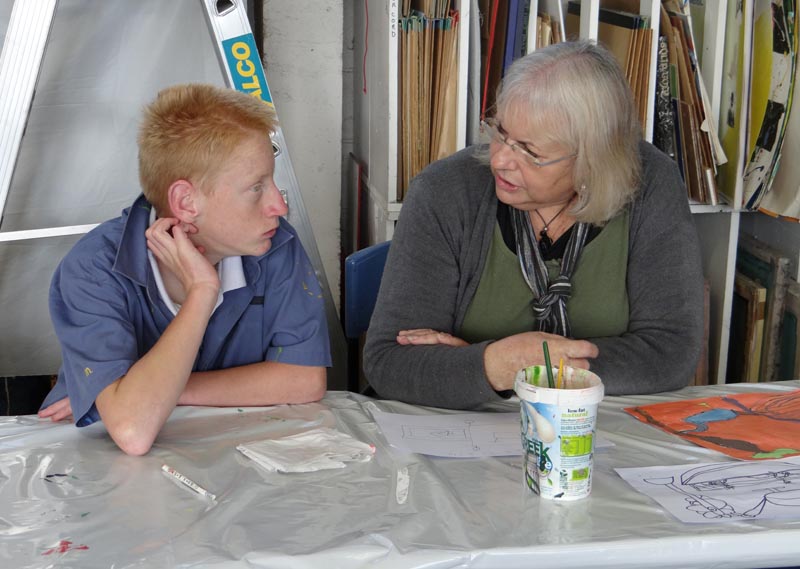 I’m the founder and director of Artmakers Community Artists Trust, which I set up in the early1980s. It’s still operating under its original kaupapa and I’ve had the privilege of working with people of diverse ethnicities, needs and abilities.

Over the past 80 years or so, community artists have collaborated with workers’ groups to break down barriers and raise up the voices of ordinary people, their struggles and values.

In the socially earnest 1960s and 1970s, we focused on egalitarianism, seeking to engage with non-elite communities through a creative, interactive process. The terms “facilitation” and “community arts worker” were adopted, suggesting a practical and humble role. The emphasis was on outreach to communities in need and reaching “hidden” artists: i.e. people whose ability to express their creativity did not necessarily conform to institutionalised standards of artistic excellence.

An economic quake in the 1980s created a massive number of unemployed New Zealanders and most were from Māori and Pacific communities.

Reclaiming the centrality of cultural identity

At the same time, a powerful movement was growing in Māori and Pacific communities, reclaiming and re-affirming the centrality of cultural identity. There was a renaissance and a sharing, with a growing awareness of the richness of indigenous traditions, as well as personal and community identity. 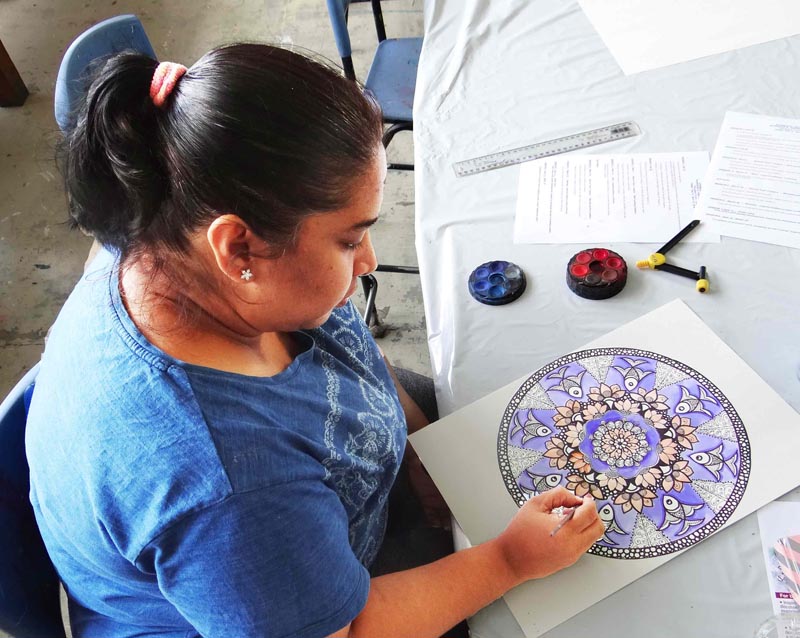 The Aotearoa/New Zealand story of colonisation required a rebalance of power so here was the perfect climate for action-based community arts to take hold. All over the country, initiatives were springing up, energised by the opposing dynamics of negative economics and positive cultural growth.

Government made some modest resources available here and there but it also depended heavily on volunteerism and good will. This brought about such schemes as Department of Labour sponsored work programmes (PEP). The task was to enlist under-engaged and disconnected adults into community work.

But this was only effective when we worked with extended whānau/family, youth and entire neighbourhoods, including people with particular needs in health, age, ability, education and other factors that put them at a disadvantage.

Were solutions to be found in employment, health or education? Because the arts have a way of encompassing all of these, community art workers adopted holistic approaches and were able to make many strong connections with tangata whenua, iwi, social services, educational and health institutions and government agencies.

That is, until the silos came in the 1990s with competitive tendering for funding and having to align your work with the stated funding criteria.

Our closest cousins, the Australia Council for the Arts, has long-term, nationally funded arts and cultural development programmes with clearly defined and unambiguous criteria.

But here in Aotearoa New Zealand, even after 40 years of demonstrable and positive outcomes from this grassroots engagement, there’s still a bunch of undercapitalised community development arts groups and creative spaces living hand to mouth.

We hear a lot nowadays about “social capital” and “social enterprise”. These concepts are still just market-driven initiatives despite having the word “social” tacked on. 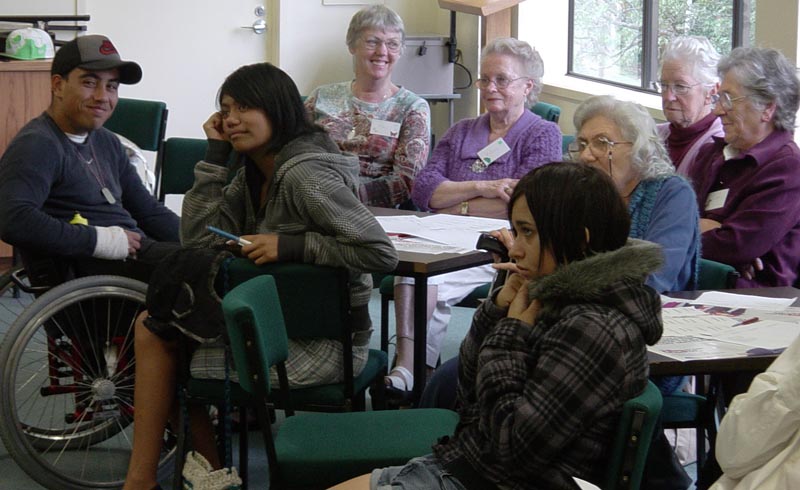 There’s also the problem of confusing community engagement with the commissioning of art in public places, or street art that’s created by individual artists. These are not the same as art created by communities themselves, working through a co-creation process.

Today, younger artists find it hard to work in community cultural development. And if they do, it is not for long. Most need to adopt a “therapeutic” mantle in order to be funded, thus making it hard to work across community needs. Meanwhile, tertiary institutions are churning out “creatives” to work in “creative industries”: i.e. selling stuff. Even worse in some cases, community narratives are being exploited for use in feel-good marketing narratives, and then relationships with that community are abandoned when their usefulness has ended.

While lots of people write or talk about creativity being central to living, we must still defeat that elitist tendency in the arts and resist the temptation to sell short the aspirations of community development in favour of business models.

At Artmakers, we’ve worked under a succession of government contracts, produced mountains of accountability and outcome data about the benefits of this work, with thousands of participants on dozens of projects lasting between a week and a year.

And for more than 35 years, the funding has come and gone; waxed and waned. We desperately need a return to public support for this jewel in the crown of community wellbeing if we are to be sustainable.

So more power to those who will commit to doing this work for their communities and for generations to come. I urge my colleagues out there to be active and to lobby. To tell the stories and keep telling them.

Many thanks to lots of dedicated and caring people, who have contributed to the journey. Kia kaha. Kia maia, Kia manawanui.