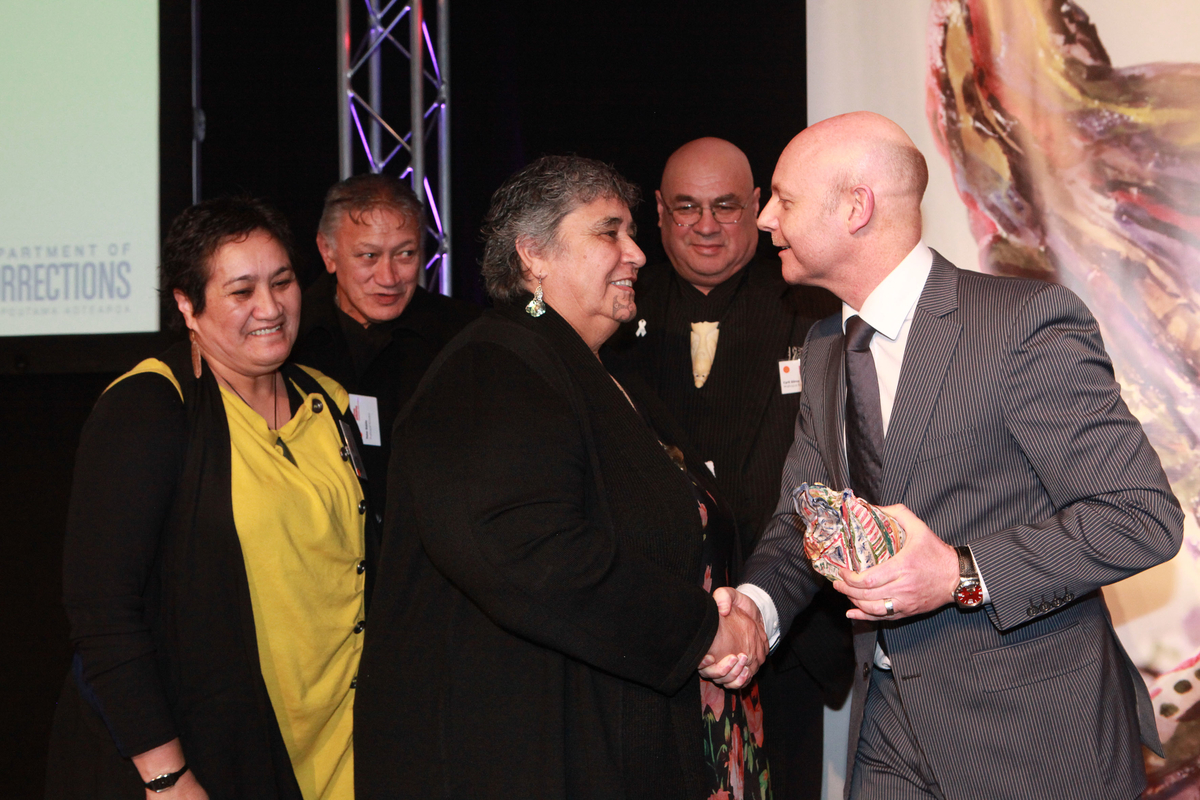 Last night I participated in Arts Access Aotearoa’s Big ‘A’ Awards, held every year at Parliament – an event that is a total highlight of our year. Two awards were presented to Corrections staff and community leaders who have demonstrated excellence in service delivery and programme standards.

Presenting the awards were the Hon Anne Tolley, Minister for Corrections, and Ray Smith, Chief Executive, Department of Corrections.

As one of the judges of this award, it was a pleasure for me to learn more about Ann’s great use of sustainable art materials in her sculpture and painting classes.

Ann leads art programmes in prison and is very resourceful and inventive of the materials she uses. 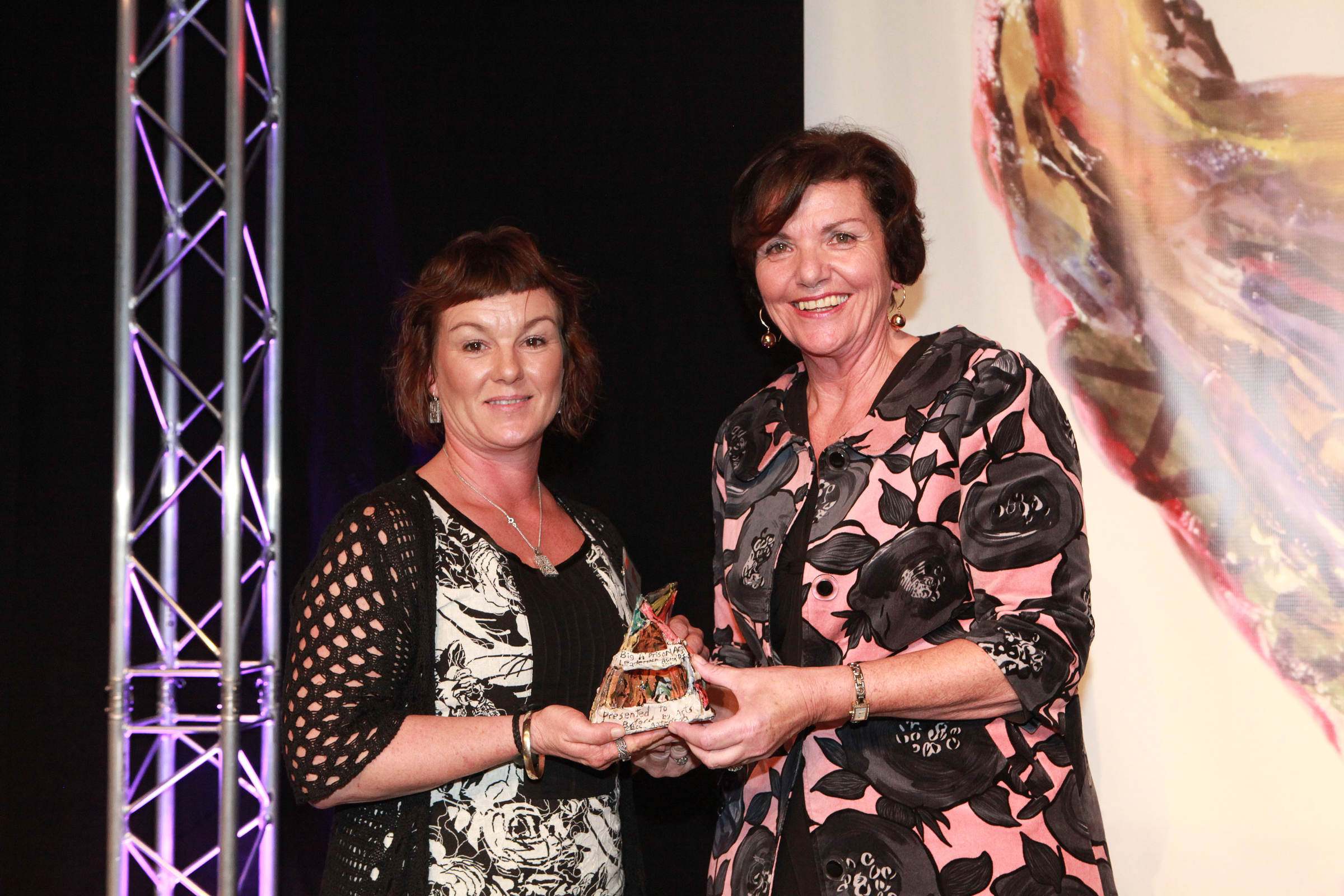 She became a volunteer art tutor in the Karaka Special Treatment Unit at Waikeria Prison in October 2011 and earlier this year, her volunteer role became a contracted position. Her two classes per week make up a ten-week programme where prisoners learn canvas-making, painting techniques and processes. The programme concludes at the end of each term with an exhibition. For more information about Ann and her classes, go to Art tutor’s work in prisons recognised.

The recipient of the Big ‘A’ Prison Arts Community Award is Waihopai Rūnaka of Invercargill. This award is significant because it recognises their essential work in utiilising tikanga Māori and providing an arts and cultural bridge between prison and the community for offenders.

There are two tikanga programmes: one inside the prison and the other in the community on Murihiku Marae in Invercargill. Each programme is delivered four times a year, each time to between 10 and 15 men ranging in age from 17 to late 40s.

The rūnaka was first contracted in 2001 by Corrections to deliver a tikanga programme in the community for offenders on release.

In 2011, a prison-based programme was introduced to Invercargill Prison. On release from prison, the men continue their learning and reintegration by staying at Murihiku Marae and participating in the tikanga-based programme.

Both programmes aim to support the reduction in reoffending among Māori males and support their reintegration back into the community. You can read more about these programmes in Rūnaka programmes an opportunity to make positive change.

Some other great people and projects were also acknowledged last night. 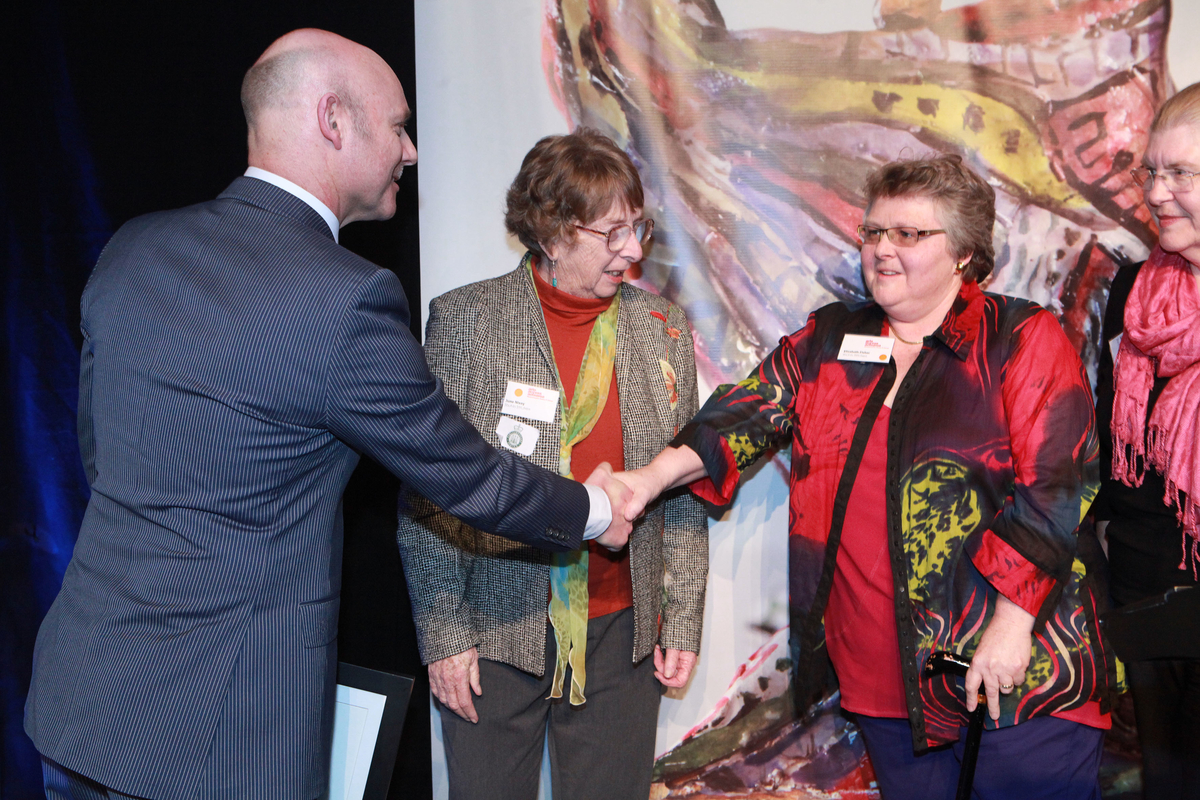 Auckland Region Women’s Correction Facility’s quilting volunteers presenting a “Dresden Plate” quilt made by approximately 25 of the facility’s prisoners. This quilt was exhibited in Arts Access Aotearoa’s exhibition of prisoner art in the foyer of Parliament House in January.

Parliament’s Art Committee has purchased the quilt for the permanent art collection. When it is displayed, it will have an information panel that will explain the value of art-making in prison and will be seen by hundreds of visitors each year.

I’d like to thank everyone who made nominations to the two prison arts awards. We absolutely value your work in using the arts as a tool to support the rehabilitation and reintegration processes of prisoners. Highly Commended citations were awarded to: