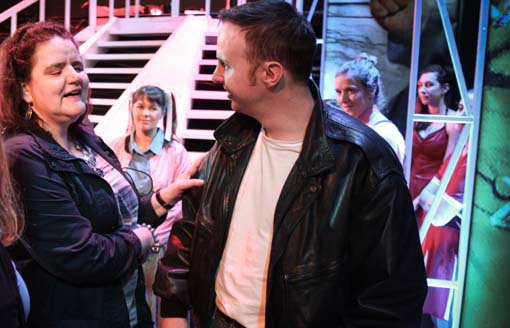 I’m a “Grease” fan so when I heard that Tauranga Musical Theatre were putting on their first audio-described performance at Baycourt Community and Arts Centre in Tauranga, I just had to go.

The performance was a truly electrifying experience, as promised. I work in the communications team of the Royal New Zealand Foundation of the Blind (RNZFB) and I had the privilege of sharing it with members of the RNZFB community, acting as a sighted guide for them. 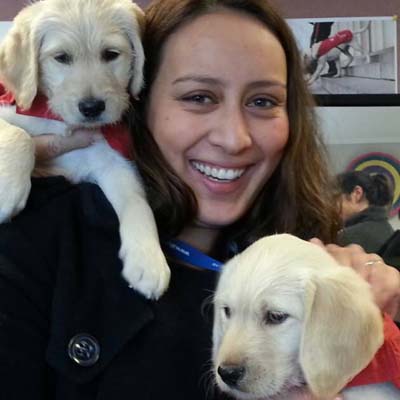 The audio described evening kicked off with a touch tour and a meet-and-greet with the cast members. The touch tour gave blind patrons an opportunity to explore the stage, feel props from the set and talk to cast members about their costumes.

As I guided my colleague and member of the RNZFB community, Gary Williamson, around the stage, I could feel his excitement at being on the set and talking to the energetic cast members.

Gary says the tour was one of the many highlights of the evening for him. “It was great because it gave me an idea of the props that were being used on set –like the stairs that Frenchie’s guardian angel descends during the ‘Beauty School Dropout’ number.

“It was also great being able to walk around the stage and create a mental picture of the size and space the cast were using to perform.”

Tuning into the narrator

After the touch tour, we got our headsets ready for the audio-described performance. This allowed us to tune into narrator Nicola Owen, who explained the movements of the characters and the visual elements of the stage in between dialogue.

As a sighted person, I was curious to see just how much the touch tour and audio description would enhance the overall entertainment experience for people who are blind or have low vision. 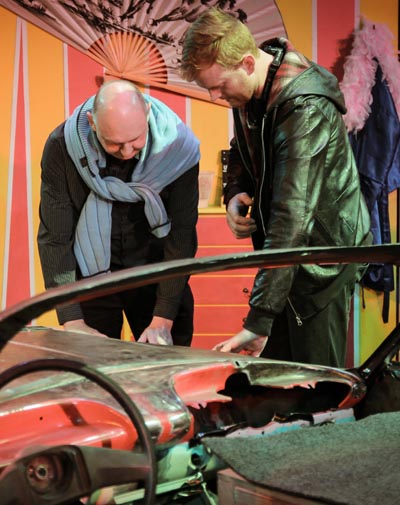 Gary says the audio description was excellent and it received great feedback from other blind patrons.

“The audio description allowed me to follow the movement of the actors on stage and their interaction with other actors,” Gary says. “It opened up the whole enjoyment factor for me and made me feel like I was getting the complete entertainment and experience.”

Member of the RNZFB community and Auckland Council Strategic Advisor Disability Martine Abel agrees that the overall experience really enhanced her enjoyment of the show.

“The audio-description was great but there's not enough time during the performance for the audio describer to describe every bit of detail.

"Getting to feel the actors' outfits and having the opportunity to climb on to the stage props before the show helped create a mental picture of what was happening on stage. As I listened to the audio-description, I was able to imagine how the cast members were interacting with one another.”

As for me, I found the whole performance moving and it transported me to 1978. I felt like one of the Pink Ladies at Rydell High, singing along with gusto to all of my favourite classics.

What I liked most was seeing the faces of the blind patrons light up with joy during the touch tour and when they got to talk to the cast. I hope that more theatres across the country will provide an audio-description service for people who are blind or have low vision, so they can enjoy entertainment as much as sighted people.