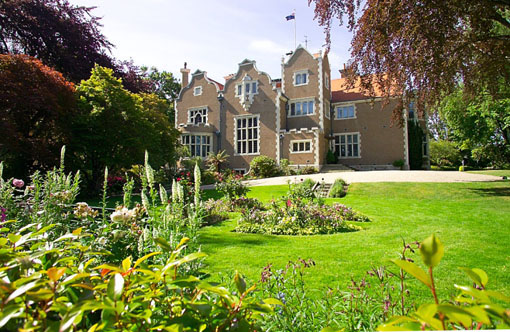 Even a blind woman can see inspiration and recently I had an opportunity to see around one of Dunedin’s most inspirational spaces – Olveston. Built in 1906, the home of English trader David Theomin who lived here with his wife Marie and children Edward and Dorothy is, without a doubt, one of Dunedin’s finest homesteads. 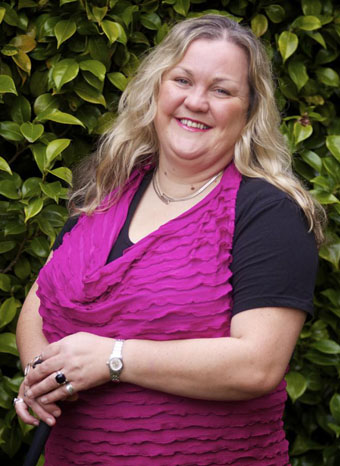 Ron and I were lucky enough to have a personalised tour with guide Jenny Longstaff, who is not just a guide but also an artist. What use is that to a blind woman, I hear you ask? Ironically it’s extremely useful because as I know from having an artist husband, Jenny was able to describe in great detail what she saw and gave me a descriptive verbal commentary of objects, paintings and china that blessed the Theomin household.

From Goldie’s kuia with the smoke hanging from her mouth to the bust David had made for Marie on their 25th wedding anniversary, no stone was left unturned by Jenny. But it was way more than a single-sense verbal commentary.

My sensory diary of the visit

Smell: the library with its distinct aroma of leather bound books and the hint of aged cigar smoke. I could see David sitting in here in the evenings taking time out from his busy empire.

Hear: the sound of the gong as I banged it with my hand! “We’re not allowed to hit it,” whispered Jenny, at which point I called out to the rest of the household, “Grubs up!”

Taste: I could taste the roast lamb that would have lived on those big, silver, oval platters that housed the meat for their dinner parties! 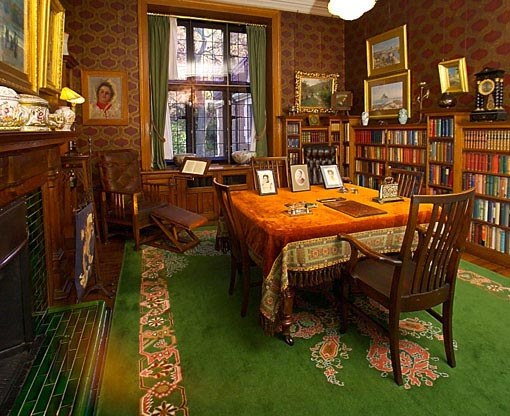 Touch: the wooden napkin press, the cookie dough cutter, the carved wooden Swiss bear, the huge wooden perimeter of the billiard table, the Japanese lacquered serving tray with it’s raised petal flowers, the metal bed warmer, the single brass bed heads, the massive wooden main front door, the extensive circumference of the kitchen table and yes, at the other extreme, the teeny-weeny fig leaf on the male statue in the vestibule.

All of this felt with fingers through a pair of gloves Jenny provided me with in order not to grease the household treasures. But really, do you know what I think was the real reason she made me wear those gloves? Because at the same time I was receiving information about the objects I was touching – I was also doing Olveston’s dusting! Just imagine if you had a whole tour of blind people in there wearing their white gloves, Jenny? We’d get that place looking spick and span in no time!

Julie Woods (also known as That Blind Woman) is an inspirational speaker, author and blogger. She writes a weekly sensory diary for Insiders Dunedin.

+ Text Size -
Do NOT follow this link or you will be banned from the site! Original generation time 2.0723 seconds.