I recently spent a couple of hours talking to the cast of “Tribes” at a rehearsal of the Fortune Theatre production about being deaf and my perspective of the Deaf community. Like Billy, the main character in the play, I grew up in a large hearing family with two Deaf and five hearing siblings. This means I have an understanding of Billy trying to communicate with his family and the outside world. 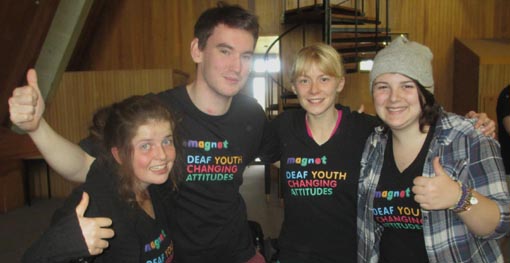 I myself only know basic sign language, some of which I learned when I was young and some of which I am learning now so I can communicate better with my Deaf friends. I grew up with hearing aids and a cochlear implant. I think the cast got the main point I was trying to convey to them – that having a hearing family can be the most frustrating thing in the world for a Deaf person, no matter your means of communication.

Before I turned ten and got my implant, I was never able to work out what was going on in my family, ever. Entire dinner conversations would fly by me and I would have no idea what was being said. I constantly asked what was going on, only to get "Never mind."

This builds up into a heap of frustration and anger on constantly missing out – and I think Billy would feel that.

I also talked to the cast about what it was like for me to gain access to better means of communication and the profound effect it can have on people. For Billy, he undergoes change and develops as a person when he meets Sylvia and learns to sign. He’s able to follow and hold a proper two-way conversation effortlessly and takes on new things – all because of learning sign language. 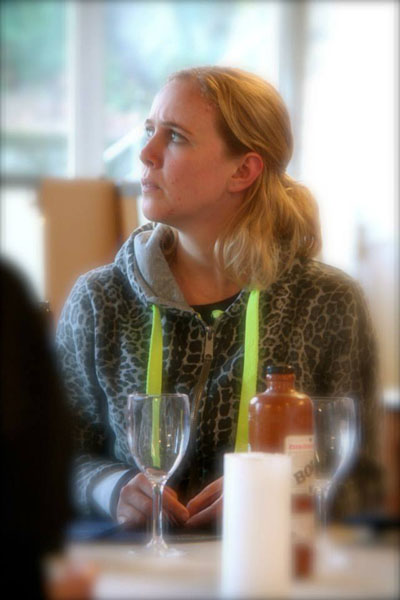 The cast is learning sign from Brydee Jenkin Strang, so they must be doing pretty well. Nathan Mudge, who plays Billy, seemed very happy and excited to be learning sign language as part of his role.

However, we did talk about some aspects of sign language, particularly the difference between sign and spoken language. We talked about how facial expression and body language are the two key elements that give context to whatever it is you are signing.

Lack of those two elements render the signs like written English and sometimes you cannot tell what is being conveyed. For example, something that’s meant to be funny in an email could very well come across as being rude and nasty about a particular person.

I think having a NZSL interpreted performance is an excellent idea for two reasons. It encourages Deaf people to attend a play they can access in their first language. But more importantly, they will learn more about their community and culture from another perspective and what being Deaf might mean to people other than themselves.

For example, part of “Tribes” is about Sylvia’s issues with the Deaf community as a hearing person growing up in a Deaf family and beginning to lose her hearing; about how much like a big family (or tribe) the Deaf community is and how it can be limiting to only ever interact socially with those same people, year in and year out. 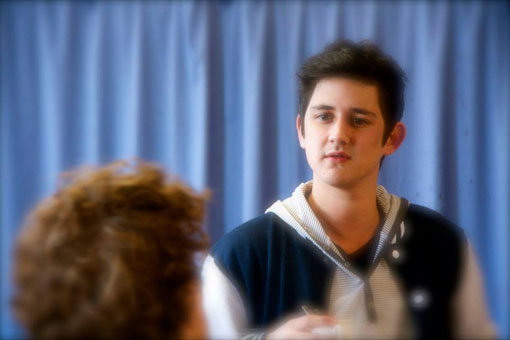 I think it would be particularly awesome for the Deaf community in Dunedin if other plays had interpreters too. I’m going to a performance with a Deaf friend, who is fluent in NZSL. The cast gave me a script to read so I’ll be able to follow it properly!

I enjoyed helping the cast because they did not just learn things from me. I got to learn a bit more about the world from them. Learning, like communication, is never a one-way street, and it was fantastic to hear about some of the ideas they had about the play and their roles, and what they thought it all meant not only to Deaf people but to themselves.